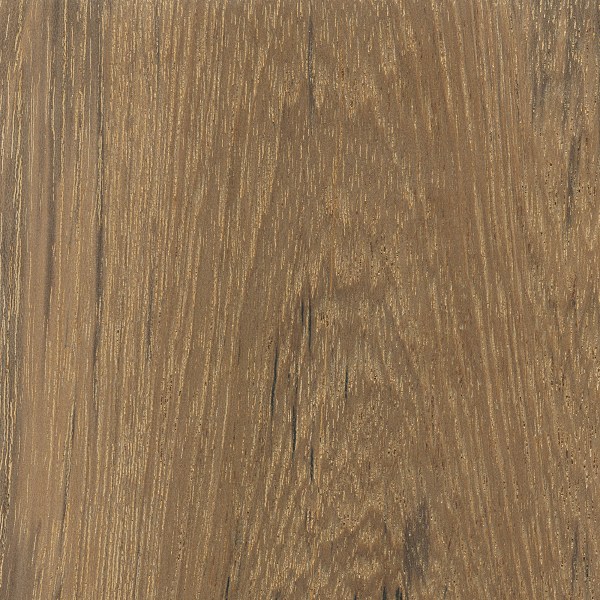 Color/Appearance: Heartwood tends to be a golden or medium brown, with color darkening with age.

Grain/Texture: Teak has a coarse texture with medium-sized open pores. The grain tends to be straight, though it can occasionally be wavy or interlocked. Teak also has a slightly oily or greasy feel due to its natural oils.

Rot Resistance: Teak has been considered by many to be the gold standard for decay resistance, and its heartwood is rated as very durable. Teak is also resistant to termites, though it is only moderately resistant to marine borers and powder post beetles.

Workability: Easy to work in nearly all regards, with the only caveat being that Teak contains a high level of silica (up to 1.4%) which has a pronounced blunting effect on cutting edges. Despite its natural oils, Teak usually glues and finishes well, though in some instances it may be necessary to wipe the surface of the wood with a solvent prior to gluing/finishing to reduce the natural oils on the surface of the wood.

Odor: Teak can have a leather-like scent when freshly milled.

Comments: Used extensively in India and within its natural range for centuries, Teak has grown into a worldwide favorite. With its superb stability, good strength properties, easy workability—and most of all, its outstanding resistance to decay and rot—it’s no wonder that Teak ranks among the most desired lumbers in the world.

Much like the many names and knockoffs of Mahogany, the moniker “Teak” has been affixed and assigned to a number of different woods seeking acclaim. The usual procedure is to  take a wood bearing any degree of resemblance to Teak and insert a geographical location in front of the name. For instance, Cumaru is sometimes referred to as Brazilian Teak, while Rhodesian Teak bears little botanical relation to real Teak—Tectona grandis. The name Burmese Teak, however, does refer to genuine Teak.