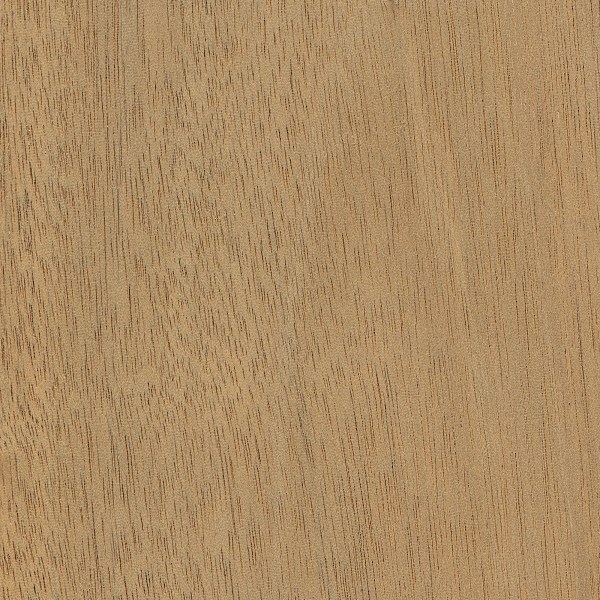 Color/Appearance: Heartwood color can vary a fair amount with Honduran Mahogany, from a pale pinkish brown, to a darker reddish brown. Color tends to darken with age.

Grain/Texture: Has medium to large sized pores, and a medium texture. Grain can be straight, interlocked, irregular or wavy. Mahogany also exhibits an optical phenomenon known as chatoyancy. (See video below.)

Rot Resistance: Considered durable or very durable in regards to decay resistance, though it has been reported as being susceptible to insect attack.

Workability: Typically very easy to work with tools: machines well. (With exception to sections with figured grain, which can tearout or chip during machining.) Slight dulling of cutters can occur. Sands very easily. Turns, glues, stains, and finishes well.

Sustainability: This wood species is in CITES Appendix II, and is on the IUCN Red List. It is listed as vulnerable due to a population reduction of over 20% in the past three generations, caused by a decline in its natural range, and exploitation.

Comments: Honduran Mahogany goes by many names, yet perhaps its most accurate and telling name is Genuine Mahogany. Not to be confused with cheaper imitations, such as Philippine Mahogany, Swietenia macrophylla is what most consider to be the real and true species when referring to “Mahogany.”

An incredibly important commercial timber in Latin America, Honduran Mahogany is now grown extensively on plantations. It has been widely exploited, leading to its inclusion on the CITES Appendix II in 2003. In effect, this limits the international exporting of the lumber to certified sustainable sources. (This is also why many lumber retailers located in the United States are unable to ship Honduran Mahogany outside of the country.) Substitutes sometimes used are African Mahogany or Sapele.

Honduran Mahogany’s easy workability, combined with its beauty and phenomenal stability have made this lumber an enduring favorite.