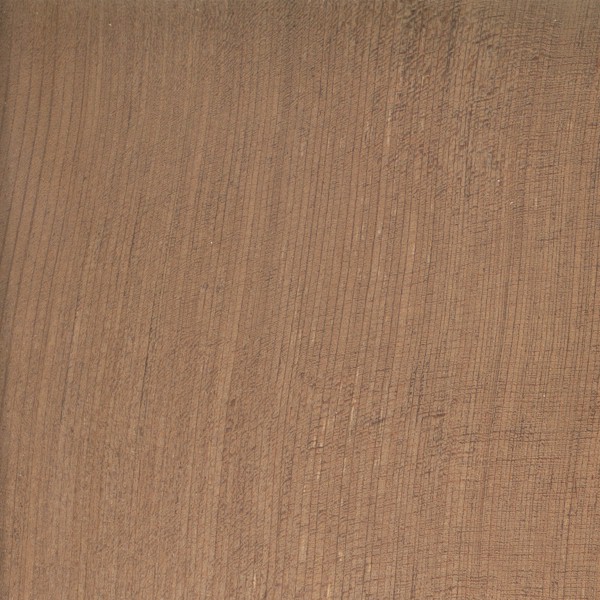 Color/Appearance: Heartwood color can range from a light pinkish brown to a deep reddish brown. Sapwood is a pale white/yellow.

Grain/Texture: Redwood has closed pores and a medium texture. The grain is typically straight, but may occasionally be wavy or irregular. Figure such as curly grain and/or burl clusters are occasionally seen.

Rot Resistance: Rated as moderately durable to very durable regarding decay resistance. Lumber from old-growth trees tends to be more durable than that from younger second-growth trees.

Workability: Typically easy to work with hand tools or machinery, but planer tearout can occur on figured pieces with curly, wavy, or irregular grain. Glues and finishes well.

Odor: Redwood has a distinct odor when being worked.

Sustainability: This wood species is not listed in the CITES Appendices, but is on the IUCN Red List. It is listed as vulnerable due to a population reduction of approximately 40% in the past three generations, caused by a decline in its natural range, and exploitation.

Comments: Capable of attaining heights of nearly 400 feet, Redwood (Sequoia sempervirens) is the world’s tallest tree species. It grows in a very limited area on the Pacific coast of northwestern United States, where heavy rainfall and cool, damp air create a unique environment for these trees. Redwood’s IUCN status is currently listed as vulnerable, but not endangered. A related species, (Sequoiadendron giganteum), sometimes known as Giant Sequoia or Wellingtonia, produces similar lumber.

Redwood lumber is very soft and lightweight, with a decent strength-to-weight ratio. It is also exceptionally stable, with very little shrinkage or seasonal movement. The mechanical values listed at the top of the page represent the averages between both old-growth lumber and second-growth lumber. On the whole, old-growth lumber tends to be slightly heavier (29 lbs/ft3 versus 26), harder (480 lbf Janka hardness versus 420), and stronger (10,000 lbf/in2 modulus of rupture versus 7,900) than younger second-growth lumber.