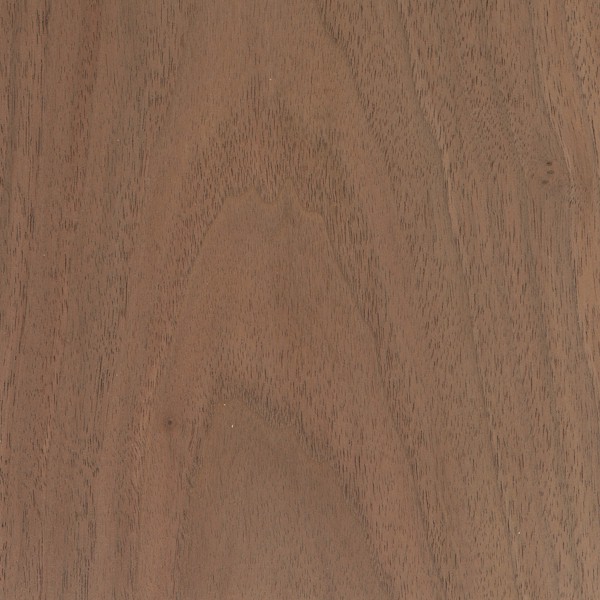 Color/Appearance: Heartwood can range from a lighter pale brown to a dark chocolate brown with darker brown streaks. Color can sometimes have a grey, purple, or reddish cast. Sapwood is pale yellow-gray to nearly white. Figured grain patterns such as curl, crotch, and burl are also seen.

Grain/Texture: Grain is usually straight, but can be irregular. Has a medium texture and moderate natural luster.

Rot Resistance: Black Walnut is rated as very durable in terms of decay resistance, though it is susceptible to insect attack.

Workability: Typically easy to work provided the grain is straight and regular. Planer tearout can sometimes be a problem when surfacing pieces with irregular or figured grain. Glues, stains, and finishes well, (though walnut is rarely stained). Responds well to steam bending.

Odor: Black Walnut has a faint, mild odor when being worked.

Comments: It would be hard to overstate Black Walnut’s popularity among woodworkers in the United States. Its cooperative working characteristics, coupled with its rich brown coloration puts the wood in a class by itself among temperate-zone hardwoods. To cap it off, the wood also has good dimensional stability, shock resistance, and strength properties.